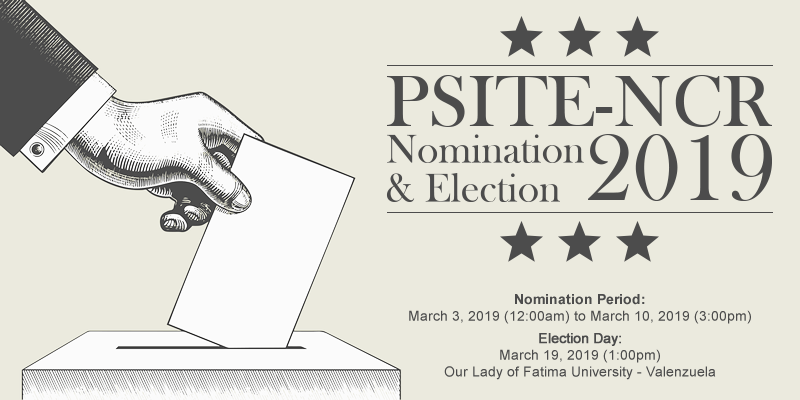 It is election time again to select incoming members of the Chapter Officers whom shall give time and serve in attaining the Vision and Mission of PSITE for the benefit of its members and stakeholders. Below are the election guidelines set by the COMELEC including the link to the online forms for nomination.

There will only be 3 seats for chapter officers open for election for a term of 3 years.

The nomination process for the Election of the PSITE-NCR Officers for SY 19-20 shall be done online, nomination link will be posted/send via PSITE-NCR website, official Facebook page and/or email.

NOTE: Each member is only allowed to nominate 1 candidate.

The Membership committee will facilitate verification and validation of nominees

1.    Qualifications of the Voter

The nominees and the nominator are required to be physically present before the election begins.